Pressed to the wall: Finding fuel wood to cook for the family as IDPs in the context of a twin Crisis; Conflict and COVID-19 in the North West Region of Cameroon 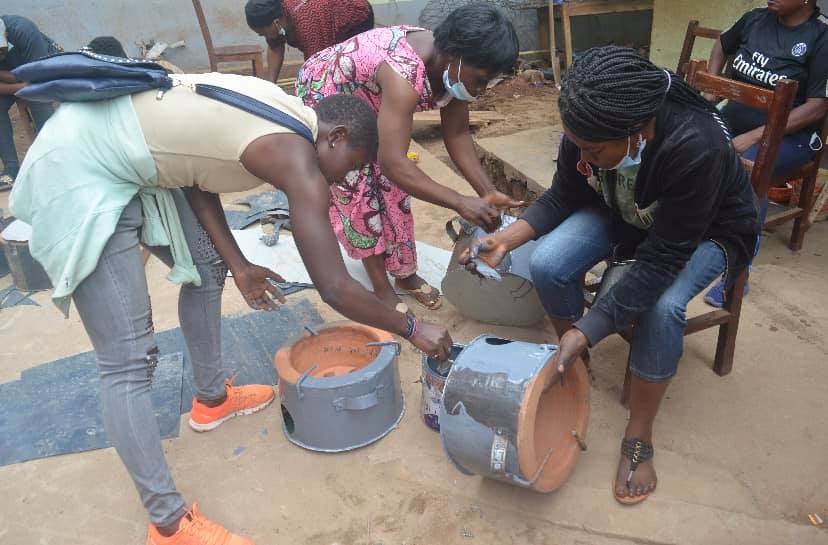 In this time of conflict with very many displaced households especially women and girls, dependence on watersheds and falling of trees either for direct household use or for commercialization (as fuel wood or conversion into charcoal) has increased. This is largely because more people in vulnerable situations (due to multiple shocks of conflict/displacement and COVID-19) depend directly on community commons (watersheds, forests etc.) as coping mechanisms. Ensuing from this problem of overdependence on community watersheds/Forests is the problem of deforestation and indoor air pollution caused by kitchen smoke from firewood/charcoal burning. In most rural areas, 90% of households rely on 3 stone fireside for cooking and in poor urban neighborhoods, over 70% of households rely on the same. The 3 stone fireside uses a lot of fuel wood which encourages deforestation and also produces a lot of smoke which is linked to several health effects like, cardiovascular diseases, respiratory diseases, cataracts, low birth weight etc. in both women, girls and children.

To contribute in solving the above climate related issues, RuWCED-Cameroon has in a series of capacity building workshops empowered some 55 women with skills on the production of clean charcoal within the context of a program on "complementary climate change mitigation and adaptation strategies". Charcoal pots produce less smoke which will significantly reduce the health effects of smoke in households. Also, the eco or green charcoal is environmentally friendly hence, will discourage deforestation and encourage recycling of waste into useful materials thereby reducing pollution. We also encourage the women to produce and commercialize eco charcoal. Our efforts towards contributing to reduce climate change vulnerability is not limited to the 55 IDP women trained, or the over 95 women headed IDP households who will receive the charcoal pots. Rather, we envisage an increase uptake of these pots and eco charcoal by more women and households meaning a reduced market for charcoal gotten from deforestation thus, contribution in climate protection. From our training just two weeks back, we are very impressed that eight women are already producing eco charcoal from saw dust and cow dung and using it in their home for cooking. We have produced an additional 95 charcoal pots which we are currently selecting poor marginalized women IDP households, including women with disabilities to be distributed to them freely. 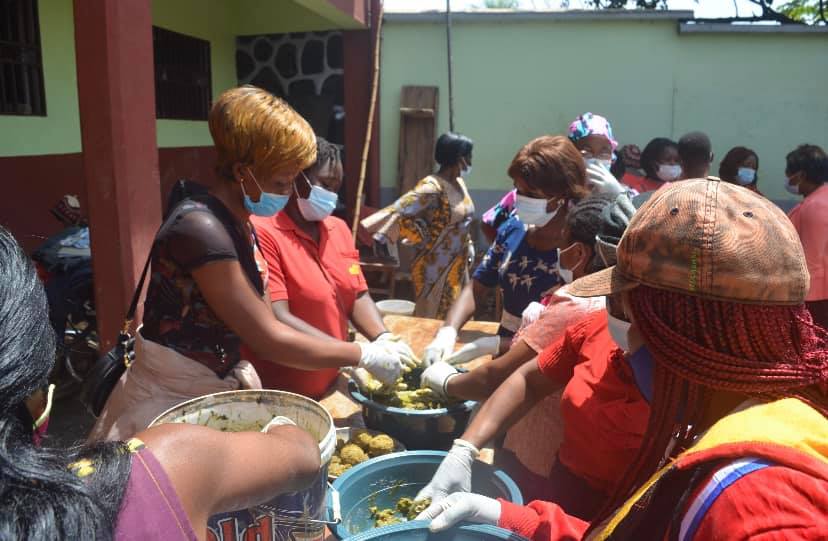 The 55 IDP women were engaged in climate change mitigation through practical training workshops on the production of eco or green charcoal followed by training on the production of cleaner cooking stoves. The goal of this training is to improve indoor air quality while encouraging women to shift from traditional three stone fireside used for cooking to cleaner cooking stoves. Since these improved cooking stoves use less charcoal which discourages deforestation, RuWCED started the workshop in the first weeks by training participants on the production of green or eco charcoal using corn cobs and cow dung, and saw dust and cow dung. This type of charcoal is less smoky for cooking thus reducing the rate of smoke exposure there by correspondingly protecting the woman’s health and the environment. The ash produced can be used as organic manure. 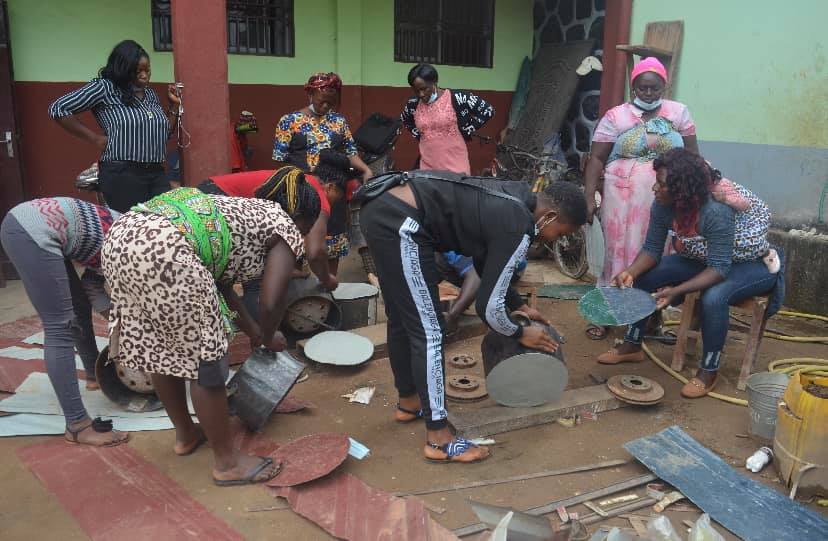 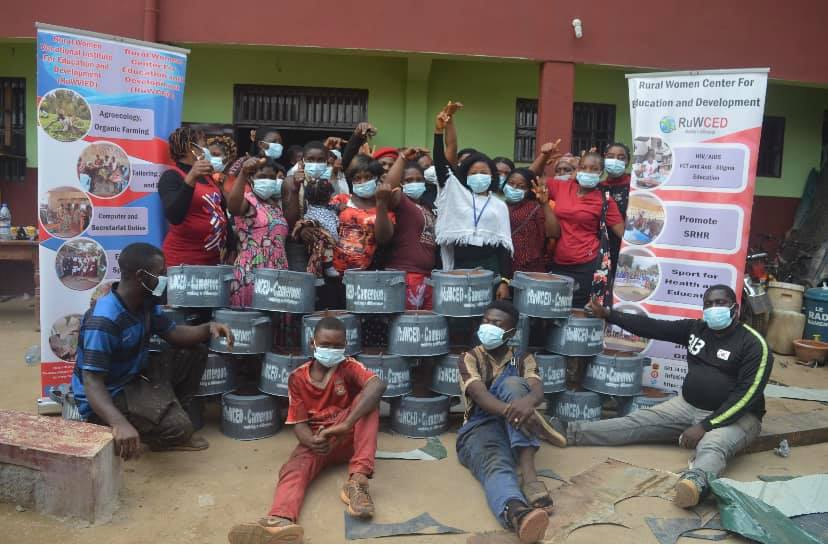 All the women who acquired the training were Internally Displaced Persons (IDPs), forced by the Anglophone crisis to settle in Bamenda. This means that they came from different communities in the region. The choice of IDP women was because they are the most vulnerable to the effects of smoke in the kitchen, climate change and most of them are breadwinners in their household due to the crisis in the region and the COVID-19 which has caused many men to lose their jobs. Also, women within our communities in general are the ones bearing the burden of going to the kitchen every day to cook for the family, especially using the fireside. First as IDPs, they need to either fetch for fuel wood or buy from the market. Given the untold hardship that the twin crisis of COVID-19 and conflict is imposing on communities as well as the fact that these women as IDPs have no community forests to fetch fuel wood from, public commons like watersheds in their host communities are taking the shot of all the stress and shocks. 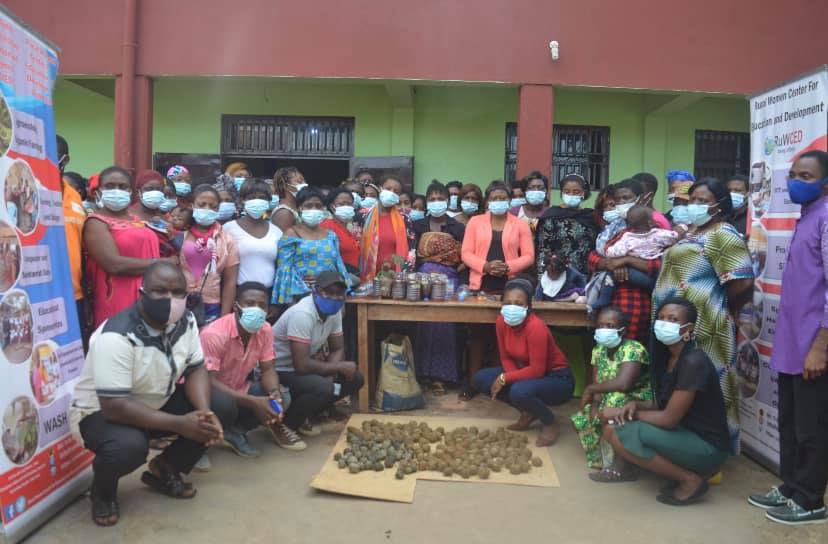 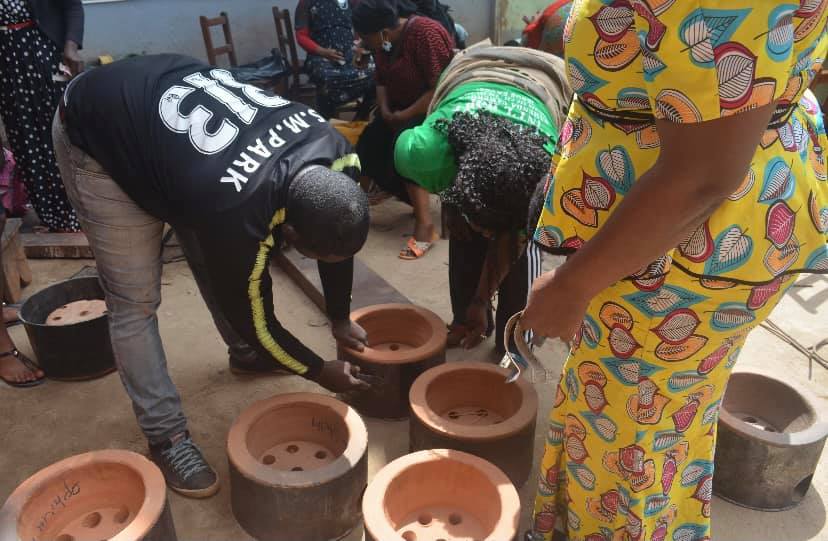 At the end of the training, participants took the commitment to ensure that what they have learned is put to practice and pledged to promote sensitization for a climate friendly society. According to one of the IPDs women, Zenobia "this will help reduce the level of carbon dioxide in the atmosphere...I feel very happy because I have been using things to pollute the air. As from today I will stop." To Queenta, everything said and done at the training was new to her. "I never had an idea of such things, but I have learnt a lot today and I have learnt it well. I have made sure to keep the information in my head so I get to teach others". While Lizette, another participant, termed the training a ‘blessing’. "I really want to testify that I am blessed. I am versed with the making of eco charcoal pot, a very easy procedure, indeed! This will help me go a long way financially as I will use the knowledge I gathered during the entire training to make income for my family…"