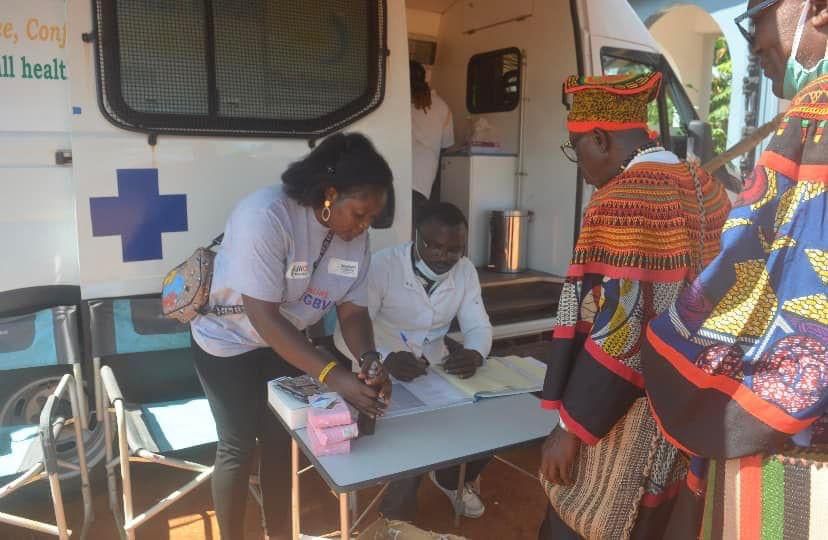 RuWCED has extended activities to Bafoussam and Mbouda in the West Region of Cameroon, with the launching of WAD2021 activities; free testing, screening, and sensitization on HIV/AIDS, in partnership with the Regional Technical Group for the fight against HIV/AIDS (RTG). 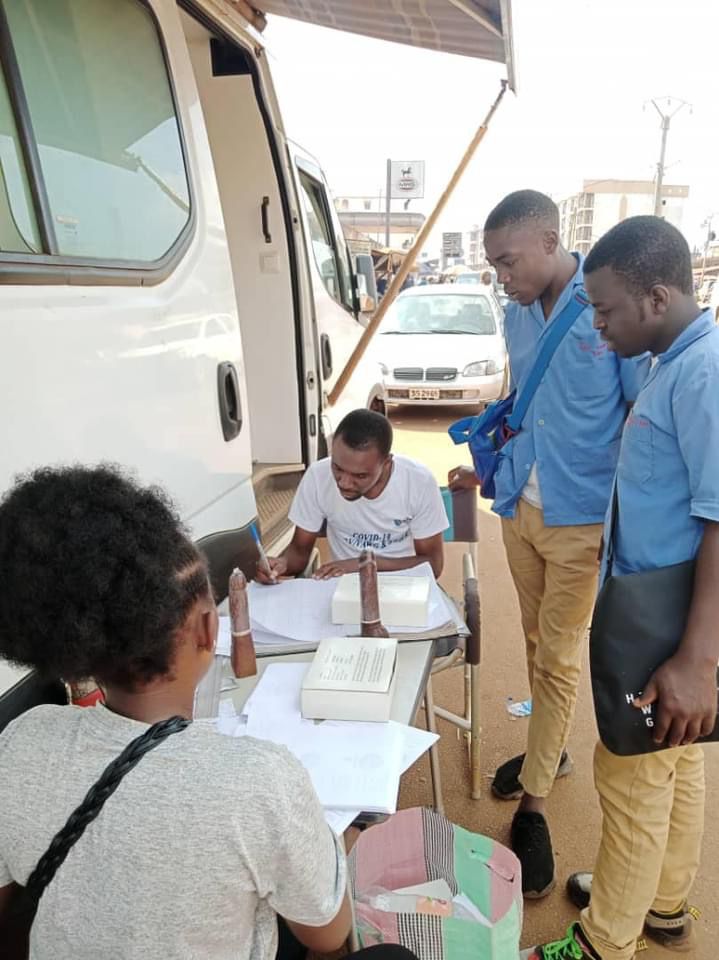 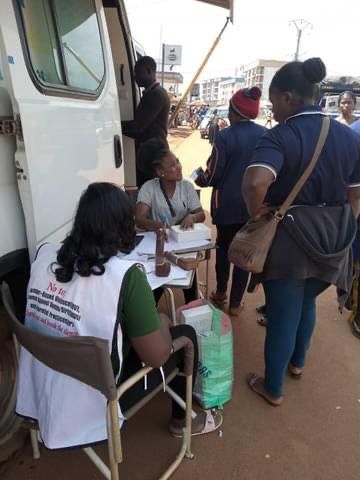 RuWCED sensitised the community on the importance of knowing your HIV status and also encouraged them to do their HIV test. Screening has been done in five sites: four in Bafoussam and one in Mbouda Market. The four sites include: Marche B, Marche SOCADA, Carrefour Total, and the Bafoussam Regional Hospital, precisely at the RTG center. The commemoration of #WorldAIDSDay began with a walk from the SDO's office to the RTG center at the regional hospital, where screening and sensitization are ongoing.

Talks on GBV were also given. So far, community members have expressed their joy, and they hope to benefit from more sessions in the future. 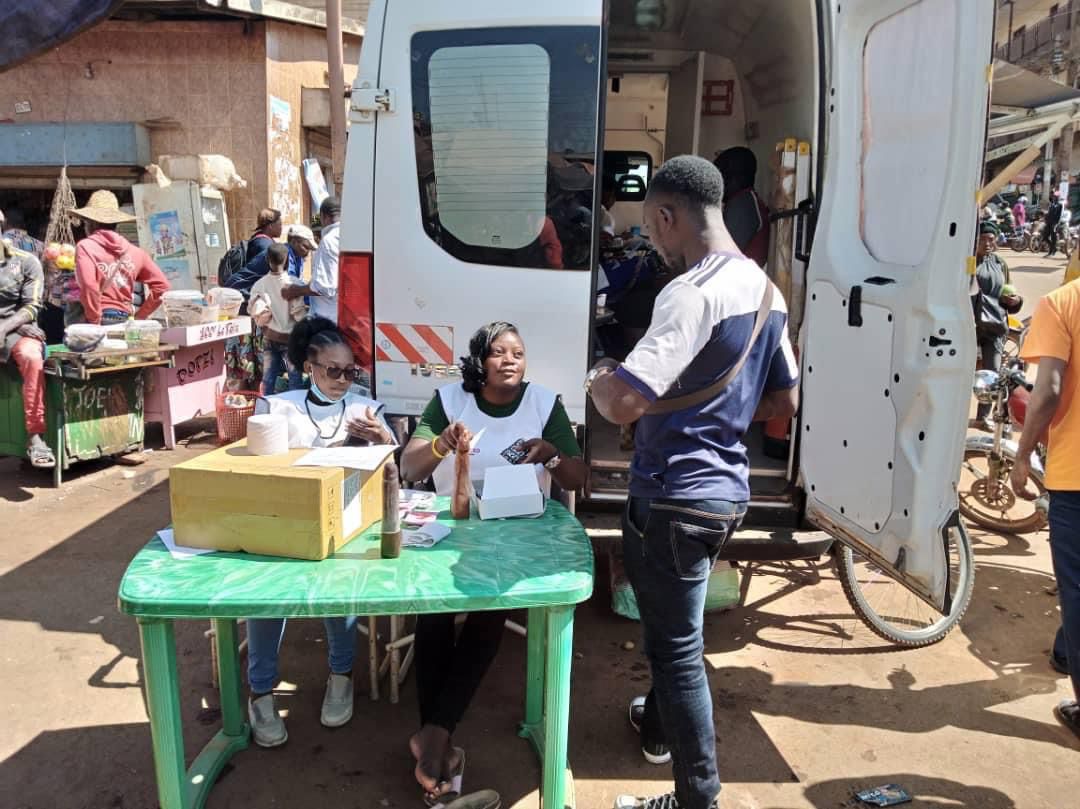 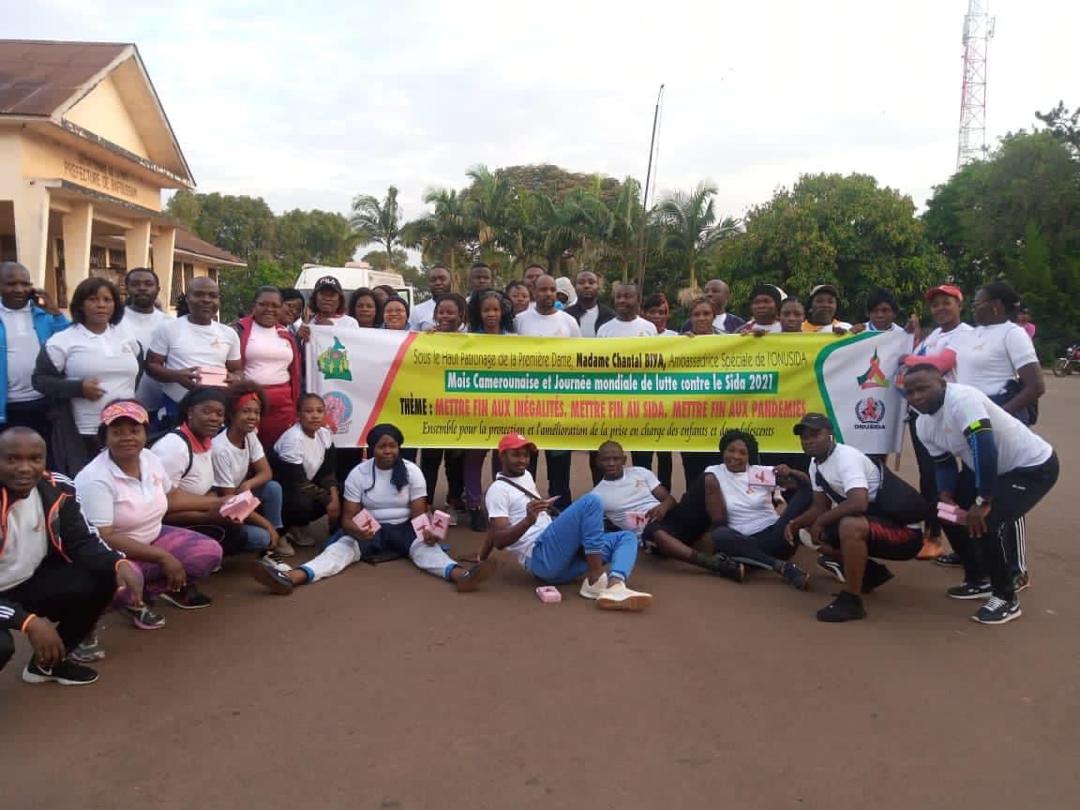 In partnership with the Regional Technical Group for the fight against HIV/AIDS (RTG), RuWCED began free testing and screening for HIV/AIDS in Bamenda, ahead of the 2021 World AIDS Day commemoration.
The team began work in late November 2021 at the Fons Palace of Nkwen, where the indigenes of the village came together for their annual art and cultural festival. RuWCED was part of the traditional caravan that began from mile 3 to the palace, and they used the opportunity to share condoms with passersby.
After the screening, RuWCED met up with other health personnel from RTG to give a talk on HIV/AIDS and GBV to some students on their school premises. Students were encouraged to be aware of their status, to avoid premarital sex, and to avoid stigmatizing anyone who had tested positive. They were also encouraged to end inequality and speak out in cases of violence or sexual advances against them.