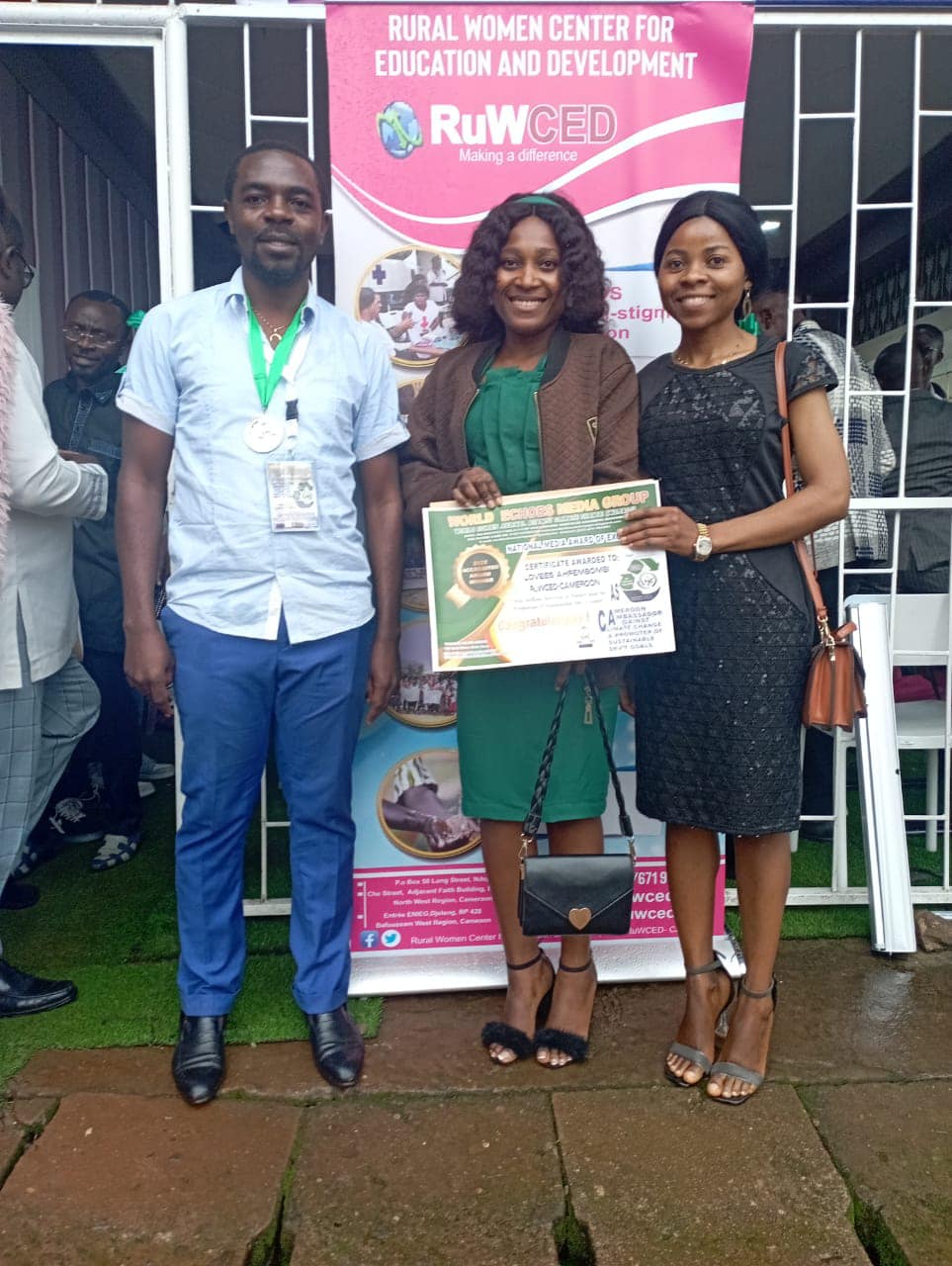 On Saturday 17 September 2022, RuWCED took part in the Climate Change Mitigation Actors award event organised in Bamenda by the Cameroon Climate Journalism Network under the World Echoes Media Group. During this event, RuWCED received an award of excellence as an ambassador for the fight  against climate change and promoter of sustainable development goals. 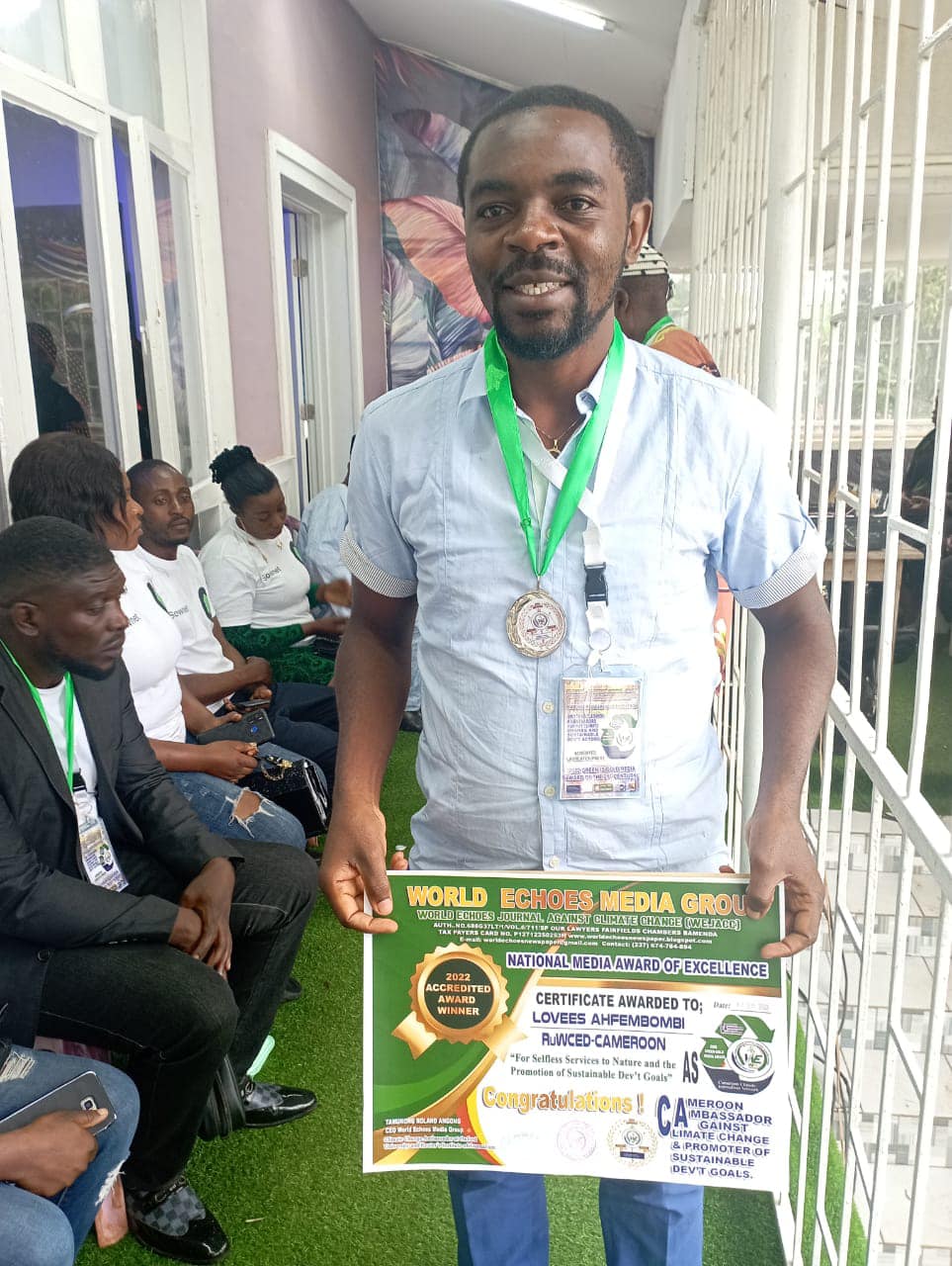 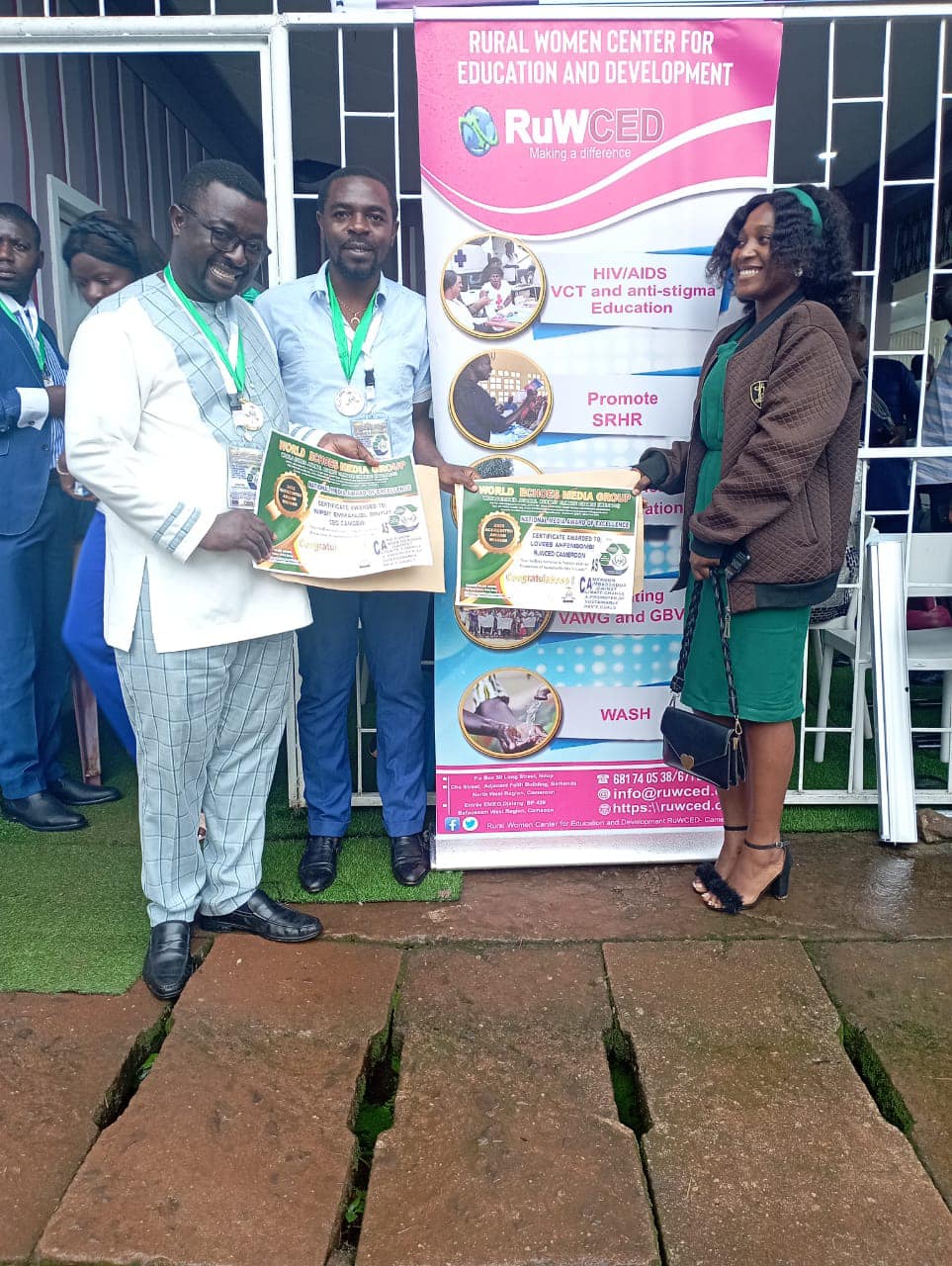 It is worth noting that RuWCED believes it takes more than raising awareness and sensitization to reverse the pattern of environmental shocks like soil degradation, water pollution, constant floods and loss of habitation. As such, RuWCED has been working towards providing rural women and girls with alternative environmentally friendly livelihood skills and resources combined with inclusive and supportive regulatory frameworks as a first step in climate change mitigation. According to a RuWCED Staff, one of such projects was the training of internally displaced women on sustainable watershed management and the production of cleaner cooking stoves in Bamenda, Cameroon. 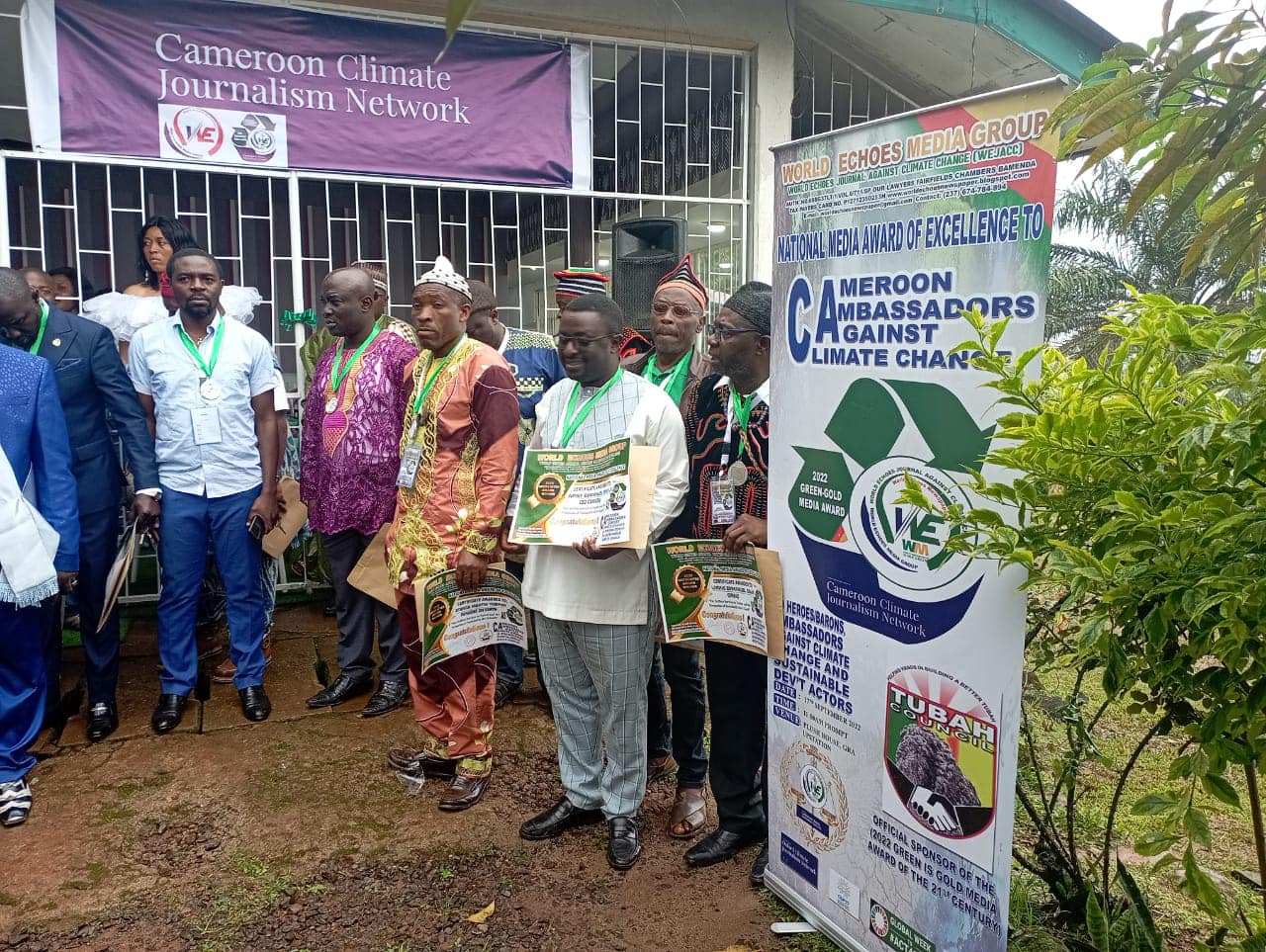 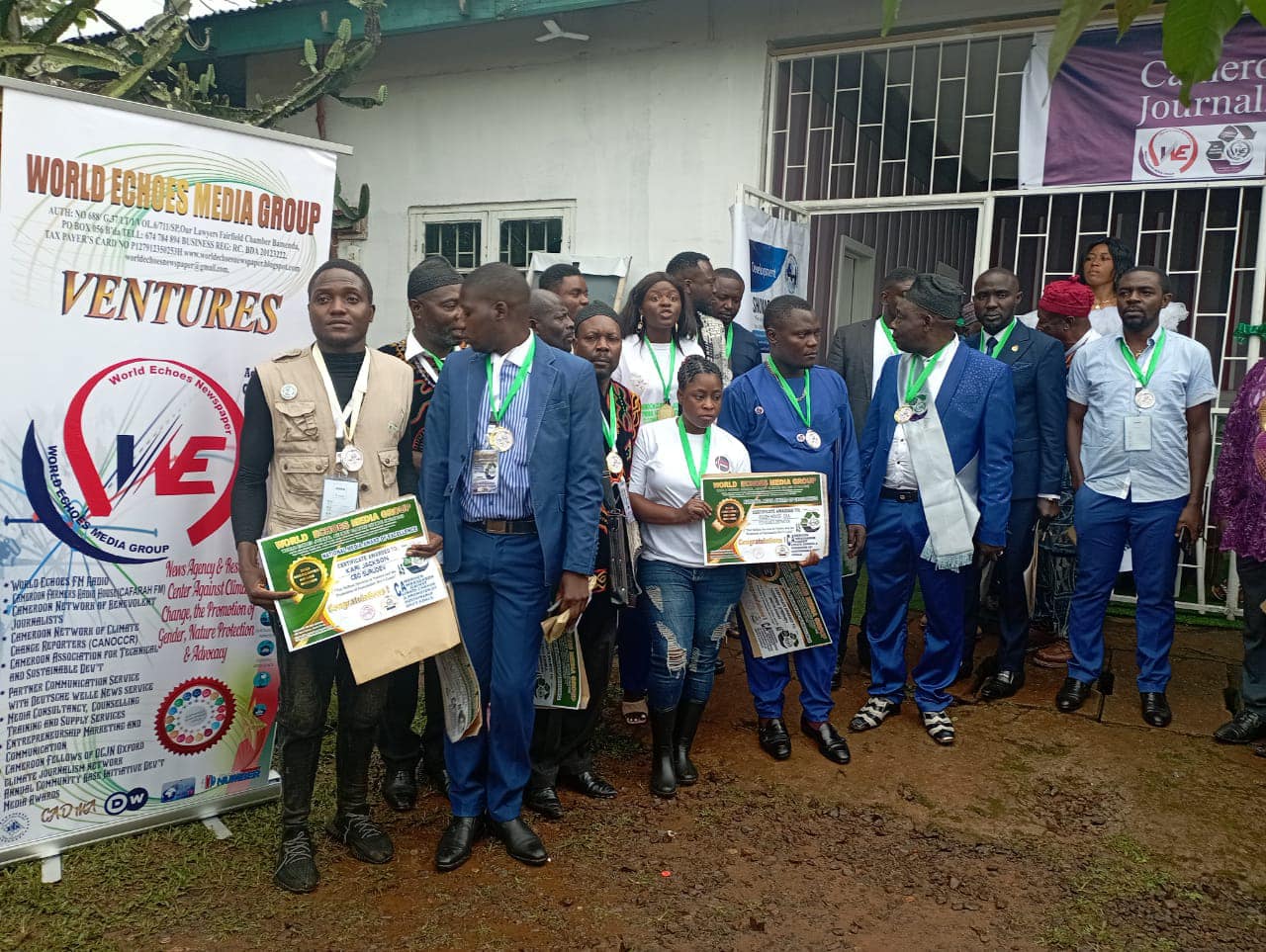