Community service by RuWCED's youths at the Ndop District Hospital 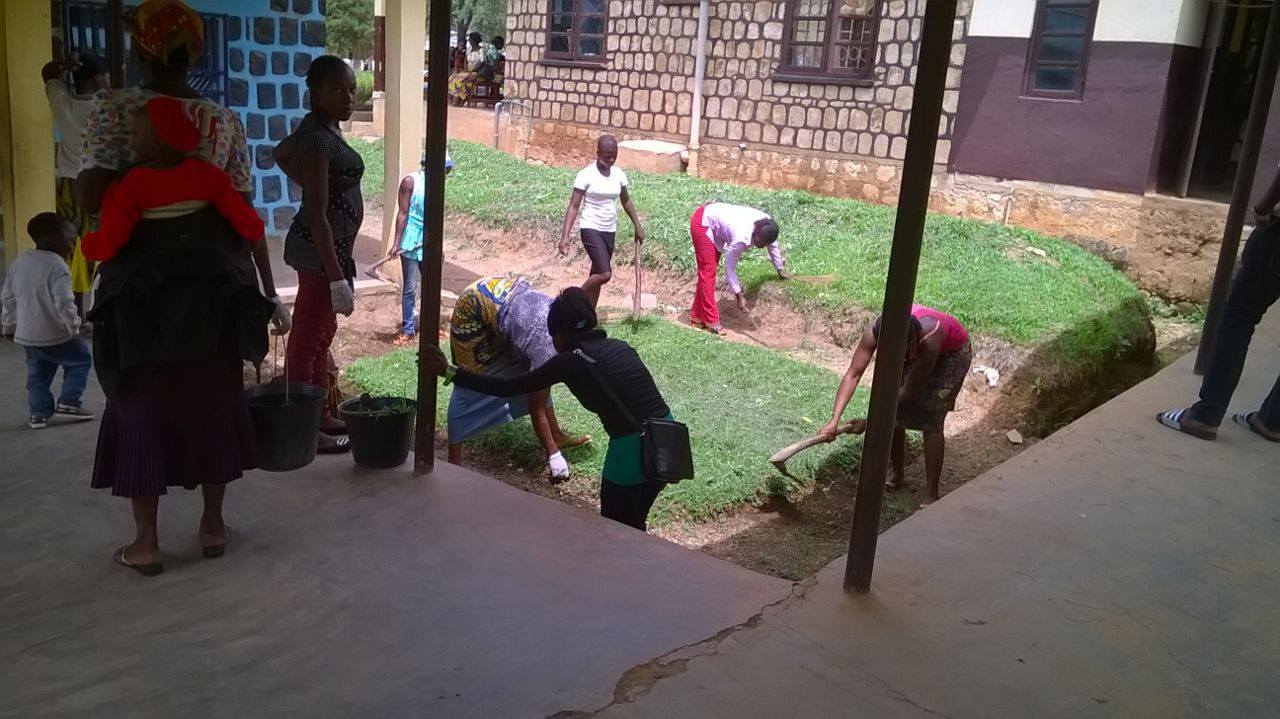 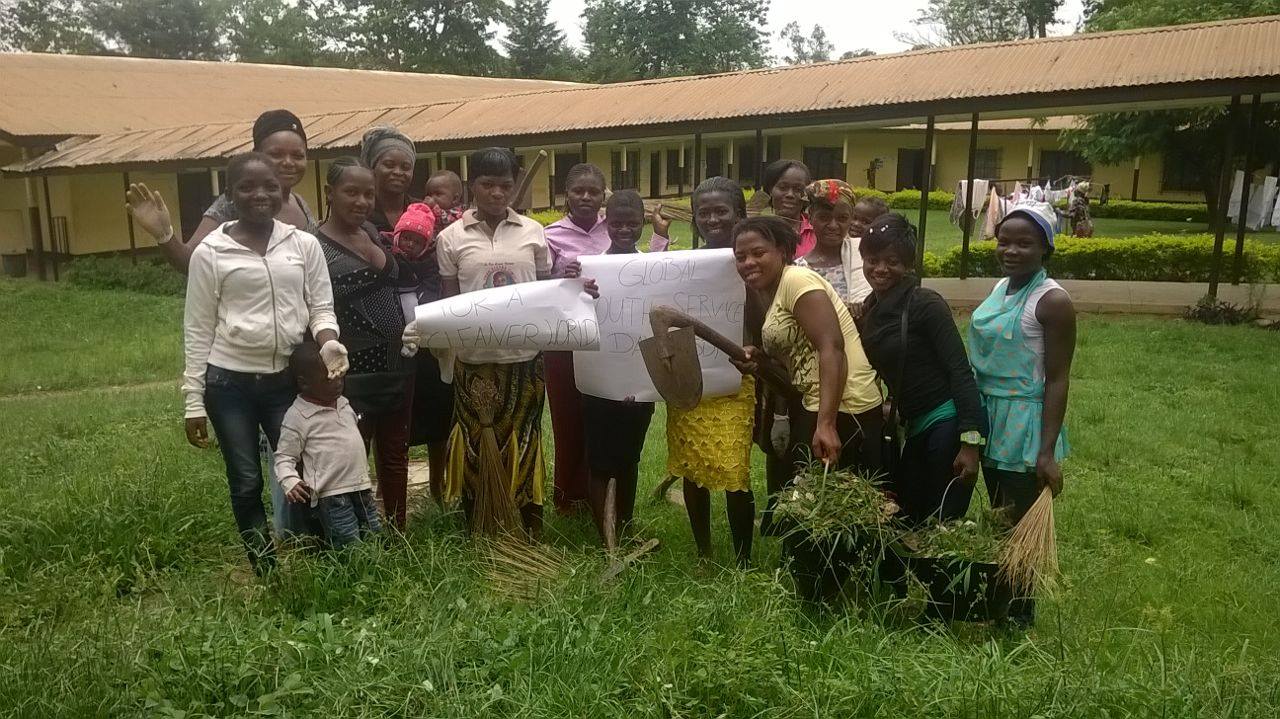 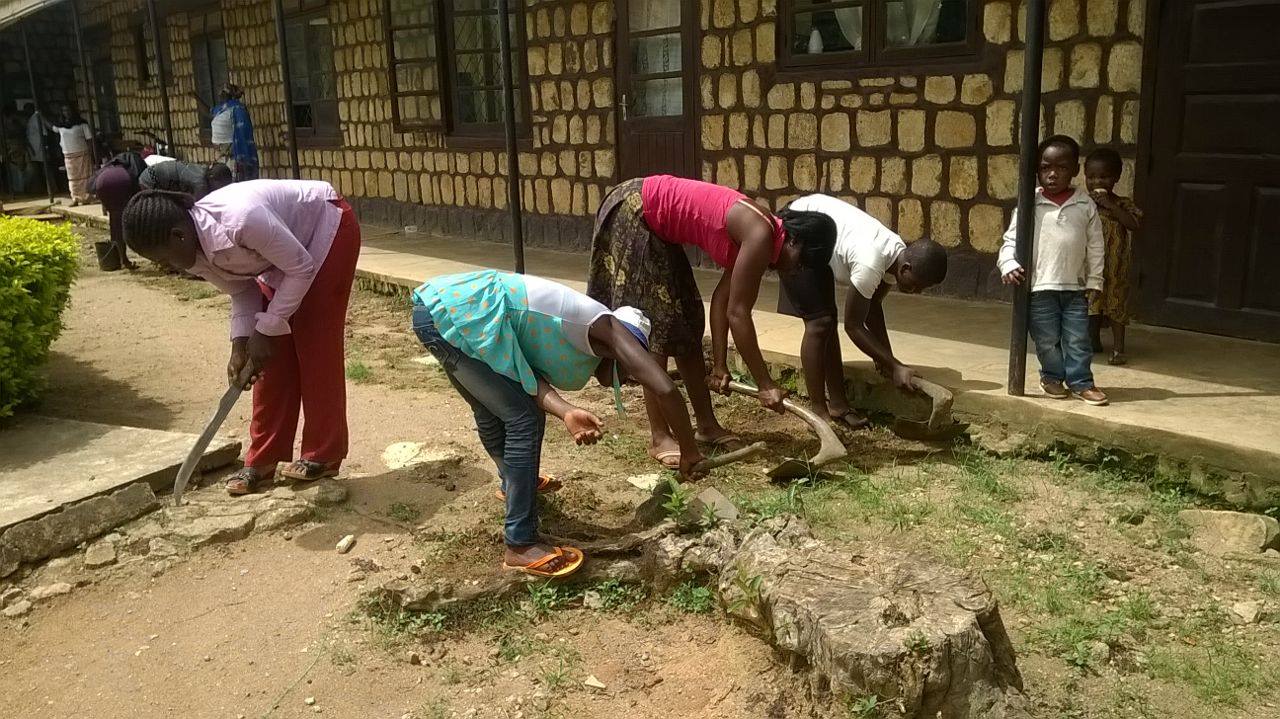 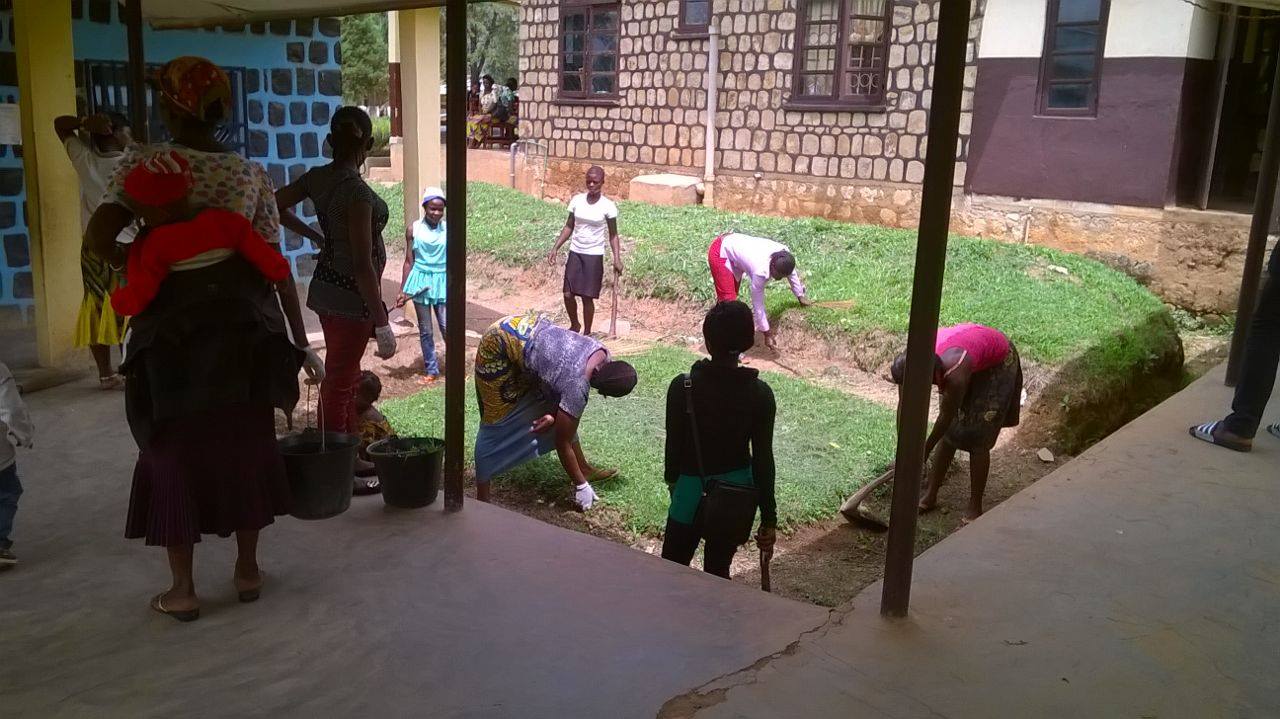 Thank you to the many youths who turned out for this year’s GYSD week, with whom we embarked on a mass community work to fill up pot holes and cleaned the Ndop food market to ensure a better sanitation for all. We appreciate the Ndop Divisional Officer and the Mayor who gave RuWCED their full support. It was a difficult task filling up pot-holes with gravels, sand and stones, but we made it thanks to the passion we have for service in our community! Health and sanitation is and wil remain one of RuWCED's priority areas in making a different within rural communities. 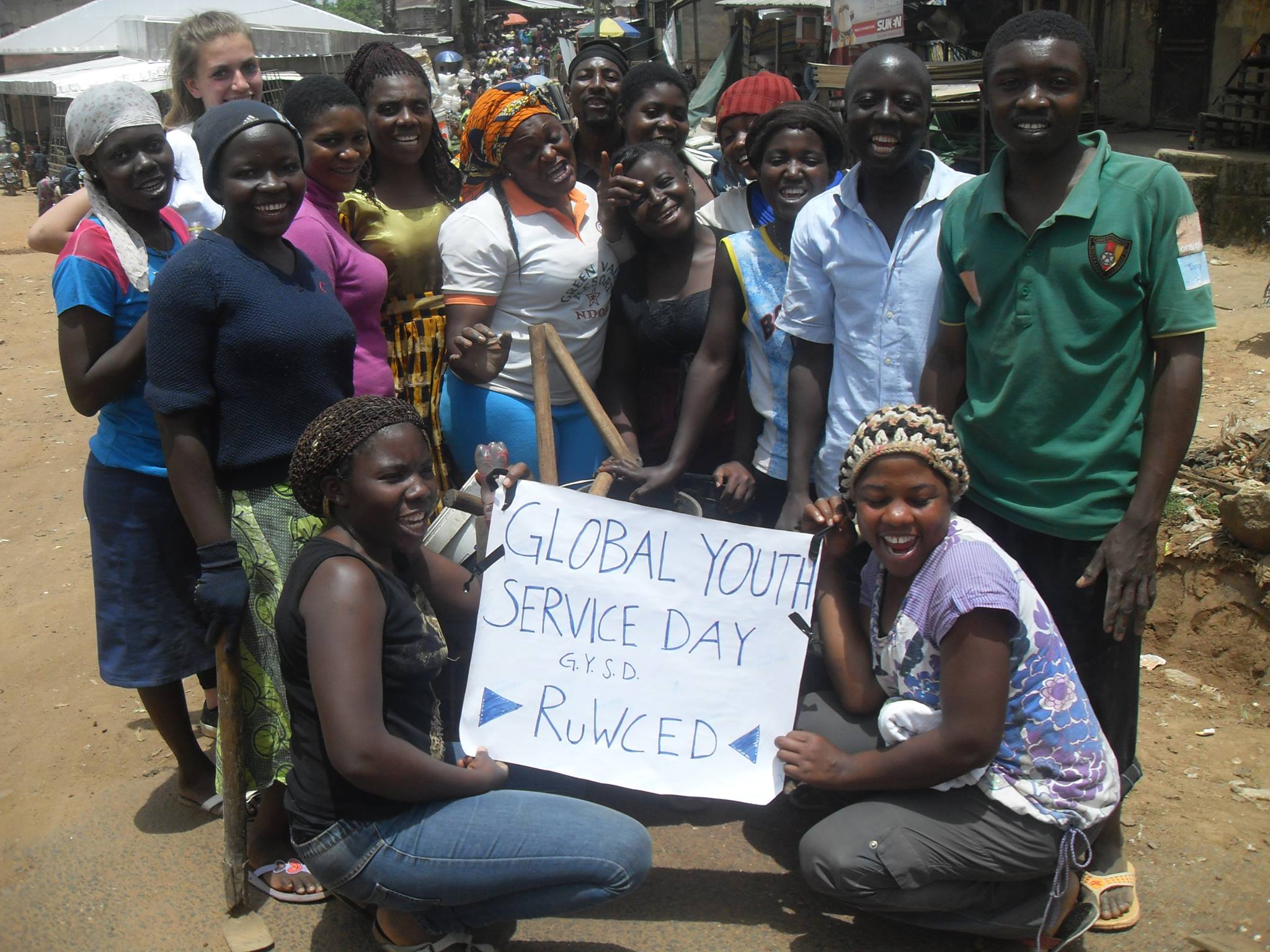 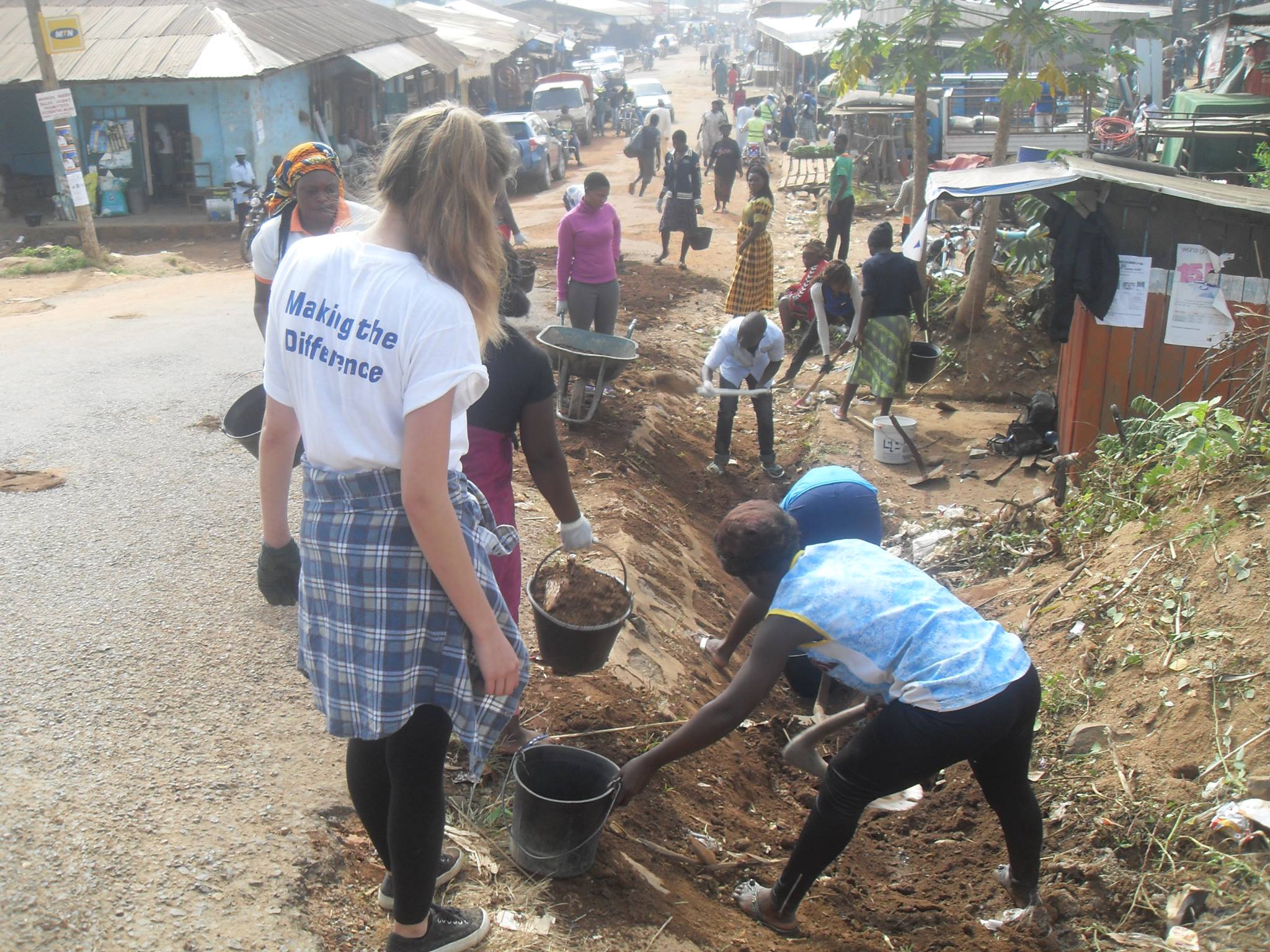 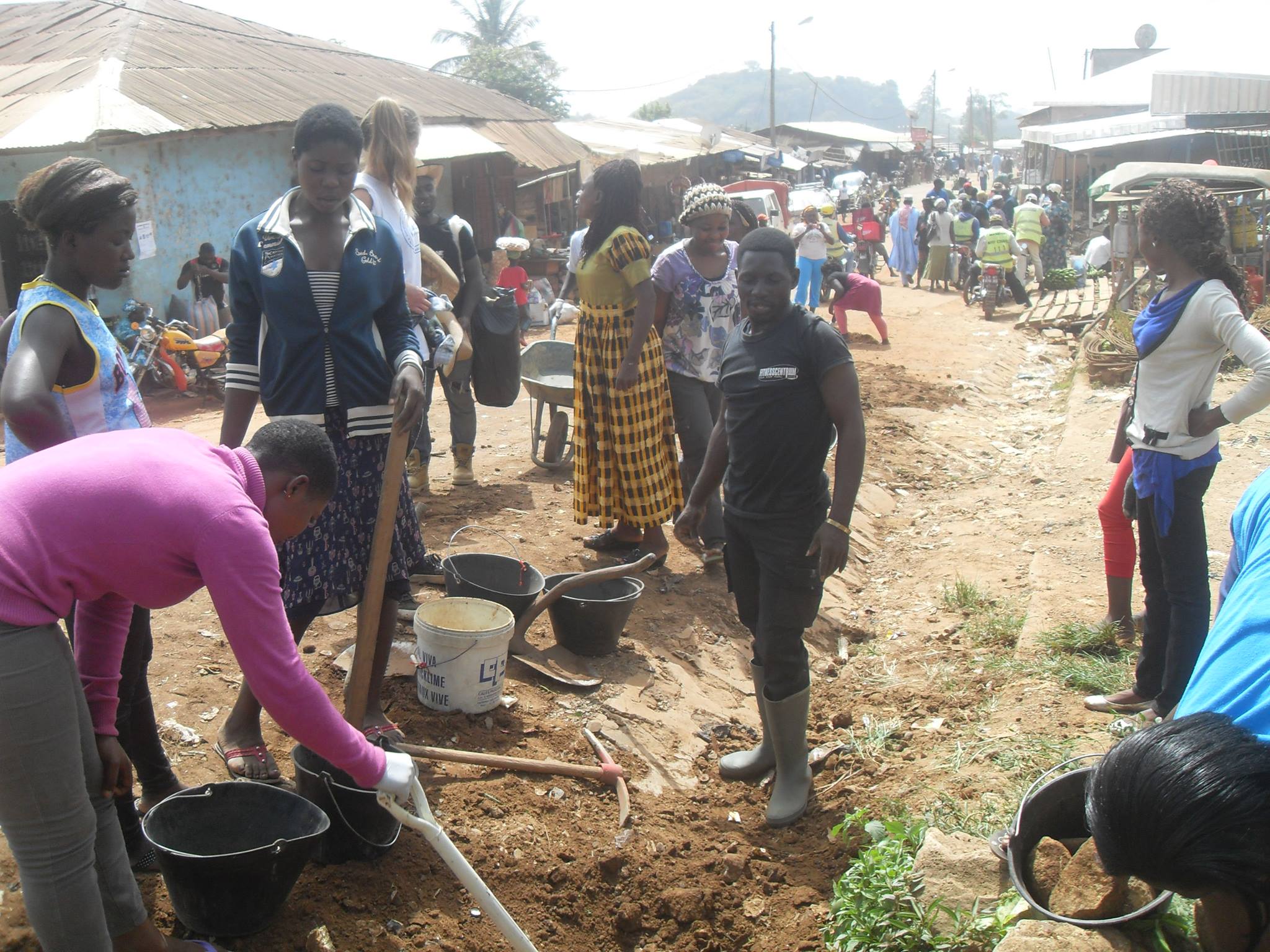 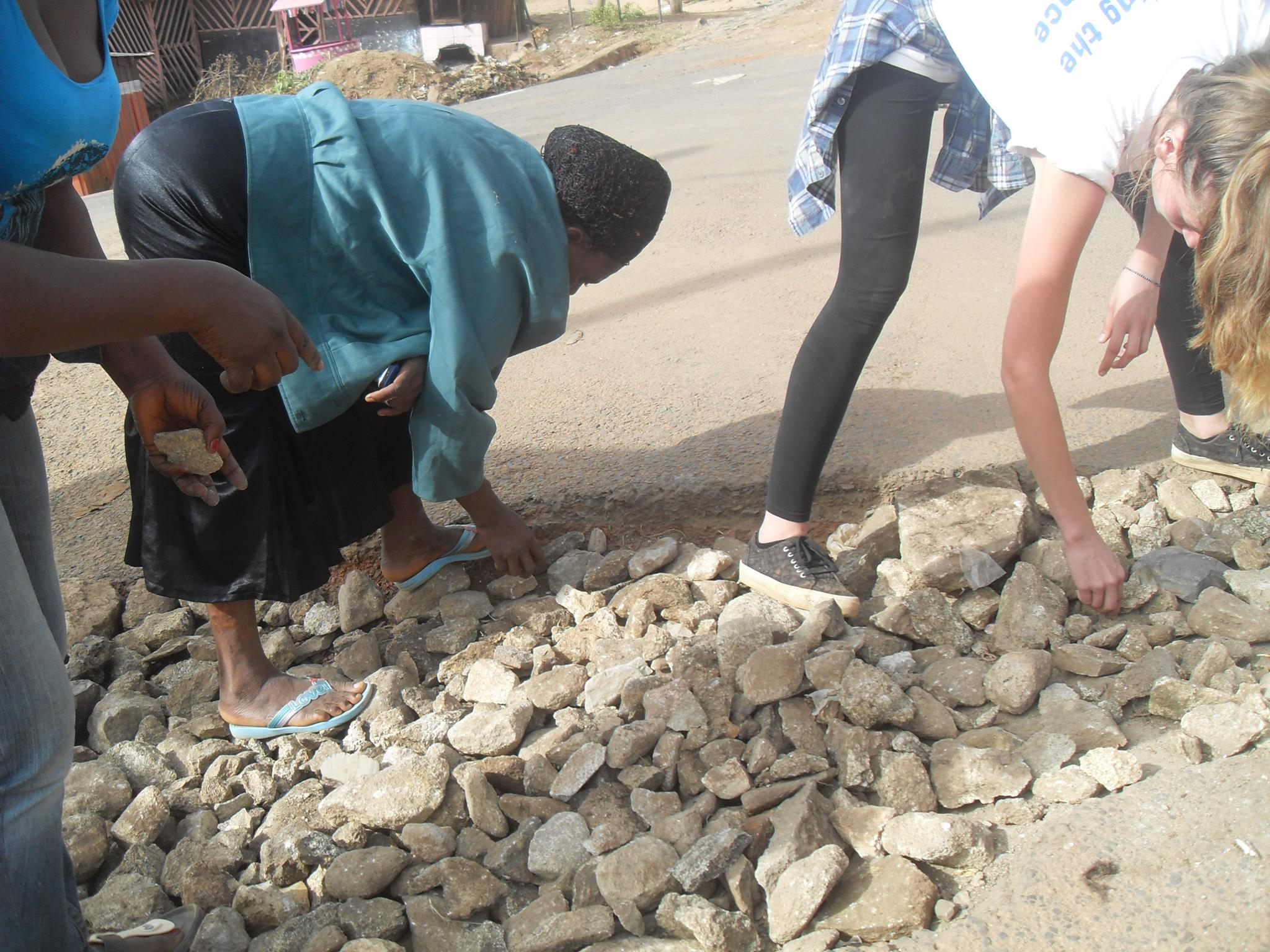 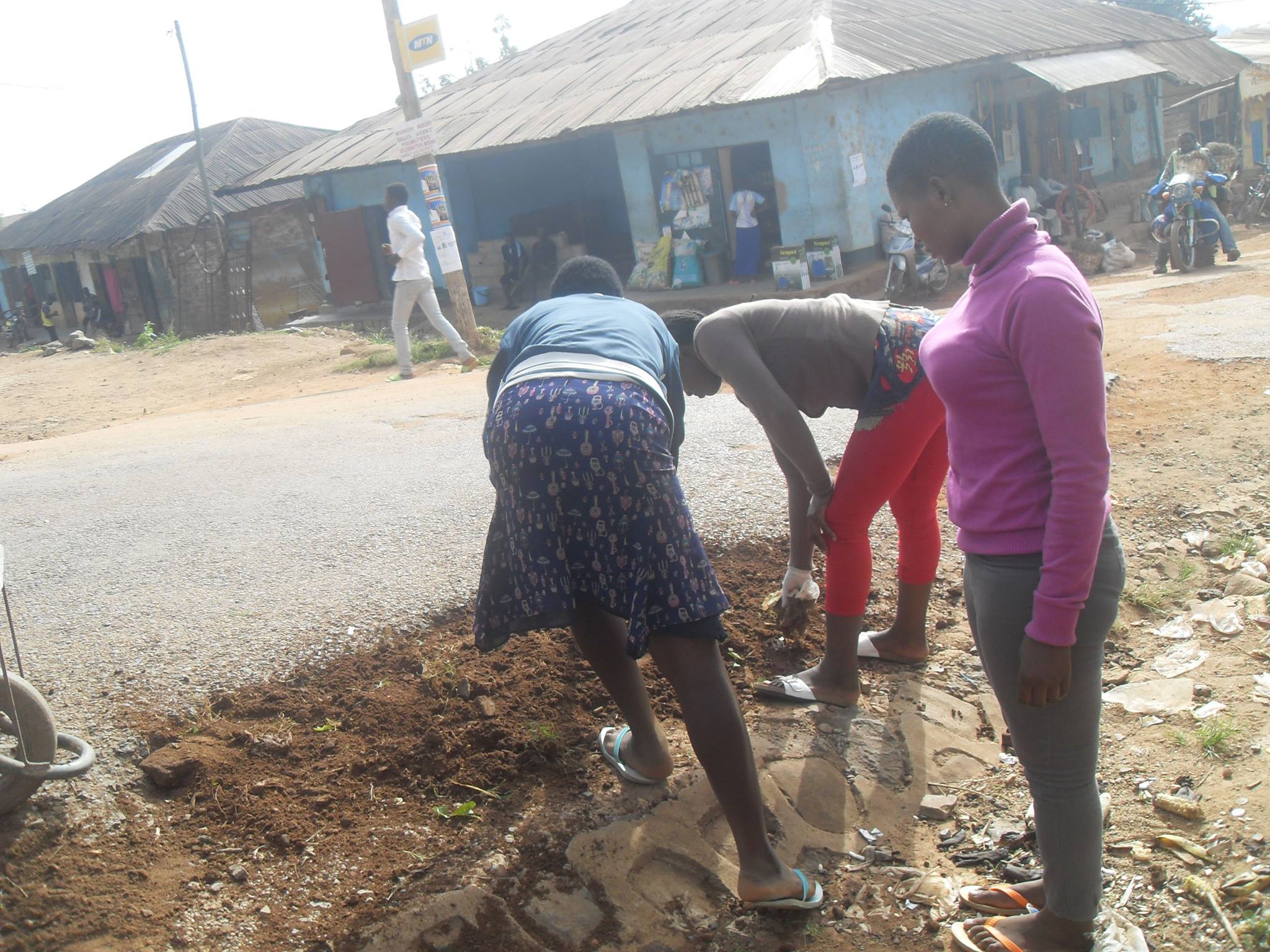 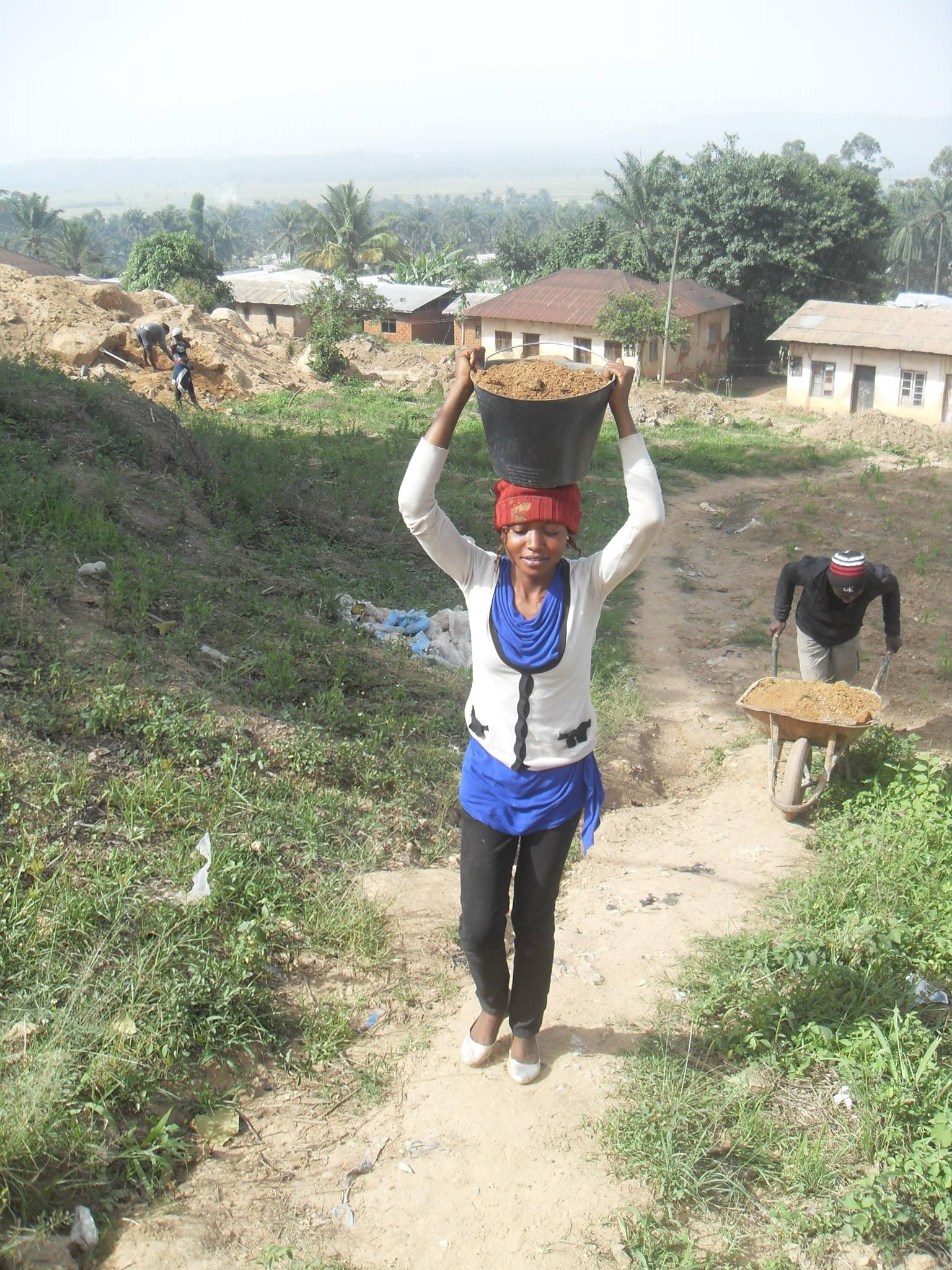 A woman battered by her husband

In Isaibal Quarter in Fundong Sub Division of Cameroon, a woman of about 50 years of age has been a victim of a barbaric act of violence from the husband. She saw her two hands fractured in addition to backache. Barely three weeks after the celebration of the International Day of the Woman that was celebrated last March 8th, 2015. The Day was adopted by the International community to denounce the condition of the woman in general and violence in particular.
During these years, campaigns to sensitize communities on the need to eradicate violence against women were carried out. Despite these actions, some community members continue to give deaf ears to messages. It is the case of this business man of the Fundong Commercial Street who deals with wrappers and clothing materials. During the night of 26th breaking Friday 27th, he used a strong material to hit his wife who was as sleep. As a result of this aggression, the woman endured two fractures on her left hand and ...
View the Pdf

As the morning peeps through the blanket like a baby rising from the cot, so does the rural woman gets up from bed to gain possession of her day.
A task she carries, a responsibility she bears a wife to a husband, and a mother to children.
Her hoe she takes, her bare feet soaked with morning dew carries her to a land of green fields, but, she returns with a basket of plenty.
Father will eat, children will eat, the joy of the rural woman to see her family blossom with health. Aaah! Mama rural, the hidden treasure from despised eyes!
But misfortune hunts for her unblemished soul, attacking the pureness of her blood with HIV/AIDS. Ooooh! A victim of ignorance and simplicity
To dust she returns, rubbed of her glory by the ravaging cruelty of this dreaded disease. But her eyes will be opened, and her mind enlightened if passion conveys strategies to prevent or live with the enemy of her soul and forever remain the trunk of her society.
Aaah! Mama rural, our despised treasure leader of tomorrow.

In this pattern of succession, the wife and children of a man do not have the right to inherit his property upon his death. Rather, it is his nephew, brothers or uncles who have the right to inherit his property and asset. Most often, women try to be very kind and submissive to the person (nephew, brother or uncle in-law) who will presumably succeed their husband in a bid to create a cordial relationship and secure assistance/care when their husbands finally die. However, in most cases, this subordination often proves futile once the man is death.

Upon the death of the man, these nephews claim everything and sometimes, they even request to have sexual relations with the widows. During our recent field interviews, one woman reported that a child (nephew-in-law) whom she stayed with in the house when her husband was alive requested for sex after she lost her husband and when she refused, he chased her out of her compound. This widow and her children became beggars while he lived in the luxuries of her late husband. This practice is commonly called searching your “Uncle’s bag”. In most of such cases, the female orphans are given to work as house mates in bigger cities or go into vagabond sexual relations to help sustain their widowed mothers and siblings.
These processes have left most rural widows and orphans from these communities terribly tangled in the web of poverty, school drop outs, urban child trafficking, forced child marriages, unwanted teenage pregnancies, HIV/AIDS just to name a few.

Also, during our community outreach with some widows, they reported that, their late husband’s brothers who inherited their property sometimes went as far as using their orphaned daughters for money making (force them into child marriages against their wish) so as to get money and sponsor their own children. Other widows reported the sale of family land and other properties. Sadly, since most of the women were never in school and went into marriage following customary law which is not recognized by the statutory law, they were unable to recourse to the state justice system. Even in cases where the marriages were legally recognized, it was extremely difficult for widows (who have not attained a significant level of education) to legally benefit from their late husband’s property unless the succeeding nephew was kind.

Considering that most of these widows and youths are school drop-outs with some not even able to spell their names, it becomes difficult for them to negotiate access to basic social and health services without a third party (who may not even protect the privacy of their health status). In this light, most of the widows and youths die in silence rather than get their privacy exposed. More so, being ignorant about basic reproductive health education, these women are unable to detect basic symptoms of STIs, ways of engaging into safe sex, as well as avoiding unwanted pregnancies.
Nonetheless, widows who had graduated from secondary schools and had solarised jobs and or could always do part time jobs did not suffer as much as rural women who depended only on agriculture because, when the land was seized and sold, they could earn income from other sources.